Choosing the Right Influencer: Is Macro or Micro Best for Your Brand? 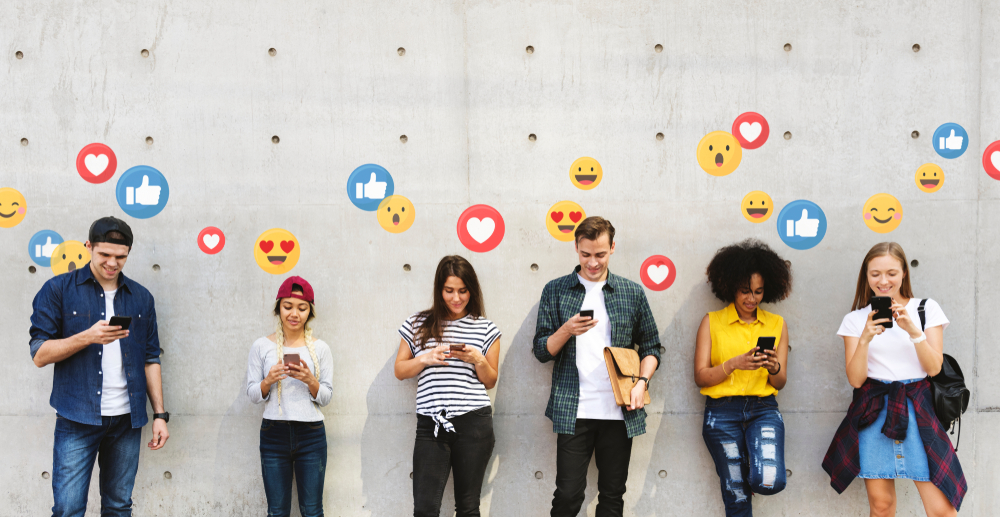 Choosing the right influencer is no easy task. A simple Google search on how to choose the best influencer yields hundreds of results. The end-to-end campaign process can feel overwhelming when you’re building your strategy from scratch. But one thing is clear: influencer marketing is undoubtedly the way to go. Statistics show that, on average, brands will see a $6.50 return on investment for every dollar spent.

Businesses that take the time to understand the mechanics of influencer marketing and choose the right influencer see impressive gains of $18 per dollar spent. Influener marketing has also seen considerable growth year-over-year. 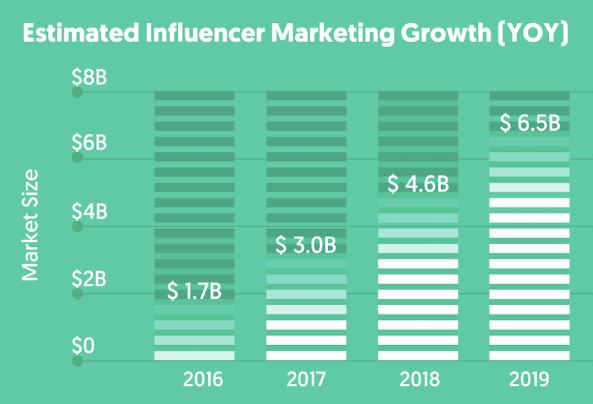 The trajectory of the influencer industry is further strengthened by the sheer amount of agencies and platforms launched to make it easier for marketers to make influencer connections. Tools like Scalefluence were built to address marketing needs and cut through the noise of paid ads and brand overflow. Organic influencer marketing is difficult. With the right tools, you can leverage your time and budget.

If you’re on the fence, consider this: the majority of marketers consider this practice to be “highly effective”: 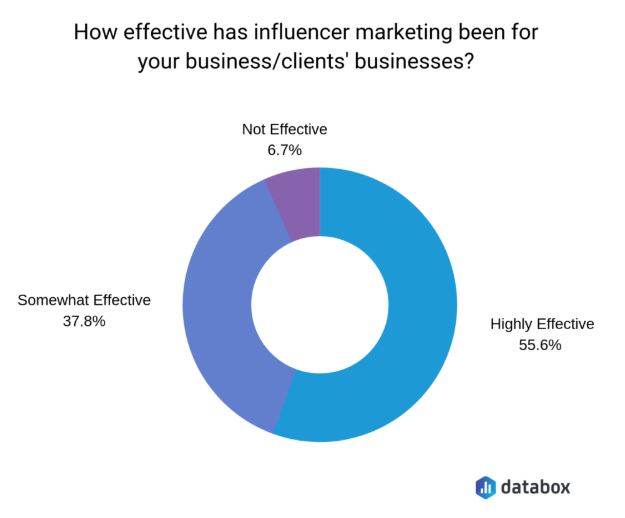 It’s clear influencer marketing is a must-do. And one of the biggest decisions you’ll have to make revolves around choosing a single influencer amidst a sea of influential people. Should you go micro or macro? Which offers more benefits? Which aligns with your needs? Read on to learn more.

What is a micro influencer?

Micro influencers are in. And it’s not just a trend—data backs up the claims. A study from Influencive found that 83% of consumers are more likely to purchase a product recommended by a micro influencer. And of course, the moneyline matters: research from ExpertVoice found that micro influencers saw 22.2x higher conversions per week than their macro counterparts.

It’s not uncommon for marketers to be confused about what constitutes as an influencer in terms of follower count. This is normal, considering the number tends to vary depending on who you ask. Generally speaking, micro influencer have anywhere between 1,000 to 50,000 followers. Social media marketing firm HelloSociety caps micro influencers at 30,000 followers.

What is a macro influencer?

Macro influencers have between 50,000 and 300,000 followers. Though, like micro influencers, follower count range varies from marketer to marketer. Some marketers consider macro influencers those who have upwards of 1 million followers. They benefit from high topical relevance—usually in an industry versus a niche, like fashion or fitness—and tend to have a strong and loyal following. Lastly, they are adept and experienced working with brands to achieve their marketing goals.

Of course we all want our investments to turn out to be lucrative ventures. That’s why for many marketers, ROI is the bottom line. Everyone wants to know how much money they made from their influencer marketing efforts after the cost of the campaign.

When you have a clear understanding of your ROI, you can gauge how well your campaign did and whether changes need to be made. If you have a positive ROI you’re proud of, you can run similar campaigns in the future. Otherwise, you can try to analyze what worked and what didn’t. Ultimately, you’re armed with data that can optimize each part of the funnel.

Engagement is an important metric for brands. In terms of engagement, micro influencers take the gold. A study conducted by HelloSociety and AdWeek found that accounts with smaller followings had a 60% higher engagement rate than others.

Across the board, higher followings correlate with lower engagement rates. This was demonstrated in a recent study conducted by Markerly. In this study, users with 1,000 followers had roughly an 8% engagement rate, while those that had above 1,000 had nearly half of that. Influencers that had between 1 and 10 million followers had a 1.66% engagement on average.

But of course, this comes with the territory, and it doesn’t necessarily have to be viewed in a negative light. Let’s say you run a small business and invite users to submit feedback. If you received 10 email responses, you might be able to reply to each one. If you run a more popular brand and get 100 feedback emails, chances are you won’t be able to respond to each, just as celebrities can’t reply to every piece of fan mail.

There’s a few notable differences between conversions and ROI. For instance, a conversion rate increase doesn’t always equate to an increase in profit. Conversion rate refers to the number of prospective customers that have followed through on a particular action. This action doesn’t always revolve around sales: sometimes it’s subscribing to an email list, visiting a website, opting for a demo, and much more.

Many marketers struggle with assessing conversions across influencer marketing campaigns. According to a study from Linqia, 80% of marketers agree that one of the biggest barriers to influencer marketing is not being able to calculate the conversion rate it yields. Tools like Scalefluence make campaign tracking a synch—we use tracking pixel so that marketers like you can glean data-driven insights into how your campaign is converting.

Both ROI and conversion should be analyzed together for a complete picture. For instance, you should have a thorough understanding of what it takes to drive a conversion. Take a look at your influencer’s average engagement rate and audience insights. Let’s assume they have 10,000 followers and an engagement rate of 5%. If they charge $500 for a post, the cost of 750 you could expect to pay around $0.7 per engagement.

What are the branding differences?

Signs that micro influencers are for you

Now that you’ve got a more thorough understanding of what micro influencers are made of, you can make a more informed decision on whether it’s right for you. If you’re still in the process of figuring out how to leverage your budget for the highest ROI, working out your brand goals, and figuring out your audience, your influencer can play a key role in shaping those milestones. Here are a few signs that micro influencers are the best option for your brand:

One of the biggest benefits of micro influencers is that they cost significantly less than their macro counterparts. If you’re working with a lean budget, you can stretch your dollars further with micro influencers. While using Scalefluence, you’ll be able to see the influencer’s price per post on their profile, eliminating financial discussions.

If you’re in an industry where you can benefit from reaching several segments of your market, micro influencers might be the better option. As previously mentioned, they are cost-effective. This means you can target a large number of influencers within one campaign. And because we have the technology to support this, tracking progress across each influencer is no longer a headache. Within a single dashboard, you can track what’s working and what’s not.

You Have a Niche Market

You Have a Local Presence

Geo-targeting works great with micro influencers. And if you run a brick and mortar business, chances are you’ll want to connect with local influencers that have intimate followings.

Summary: if you care more about engagement and conversions, micro influencers may be the better option for you.

Signs that macro influencers are for you

Engagement is an important metric, but it’s not always the goal for marketers. What’s best for your brand depends on your goals. If brand building and reach is your primary goal, macro influencers just might be for you.

Building brand awareness is one of the biggest perks for macro influencers. A study from SocialBakers found that influencers with more than 1 million followers had the potential to increase engagement and reach by 1,000% more than an account with 250,000 followers. With this in mind, you’d have to work with several micro influencers to replicate the same amount of reach that a macro influencer would yield. 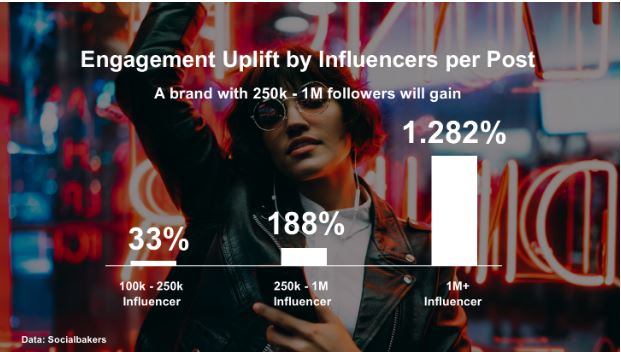 As previously mentioned, micro influencers work well for niche products, but macro influencers have much more powerful topical authority. Working with a macro influencer allows you to leverage a wide audience, further strengthening your reach. If you have multiple audience segments, this might be the choice for you.

Macro influencers are typically low-risk investments. They’ve been working with agencies and brands for a while, and demonstrate a high level of professionalism. They’re also less likely to have fake followers and a disingenuous profile.

Macro influencers are happy to take over when needed, but generally speaking, you have more creative control over the direction of the post. When putting more money in and have a specific vision and direction, macro influencers will follow instructions step by step, whereas micro influencers might be more focused on creating something that aligns strategically with the brand image they’re trying to cultivate.

Summary: If reach and building awareness are your primary goals, macro influencers are likely a better option. 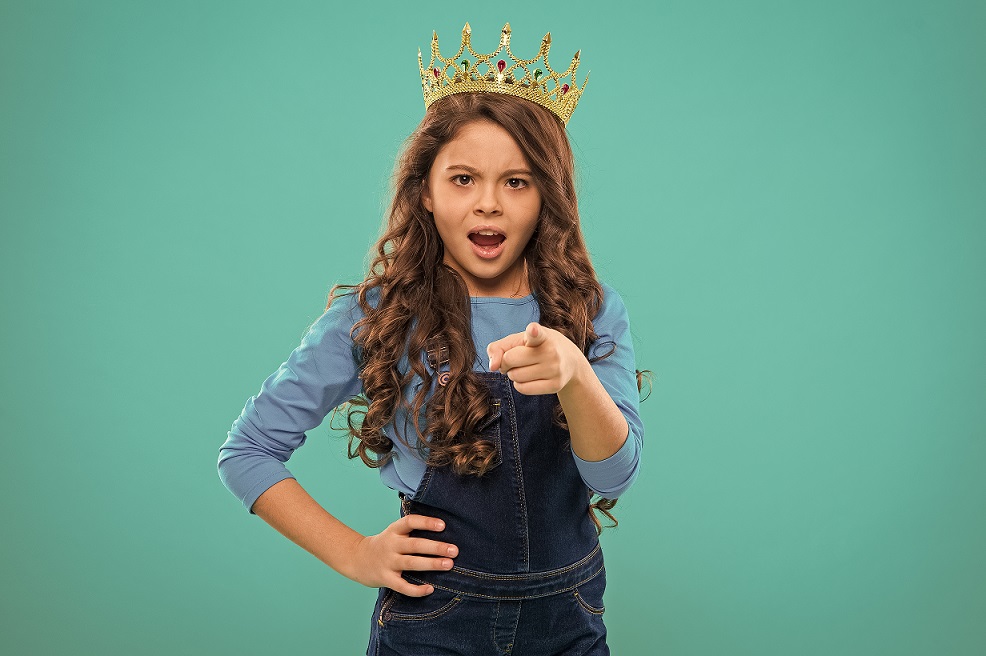 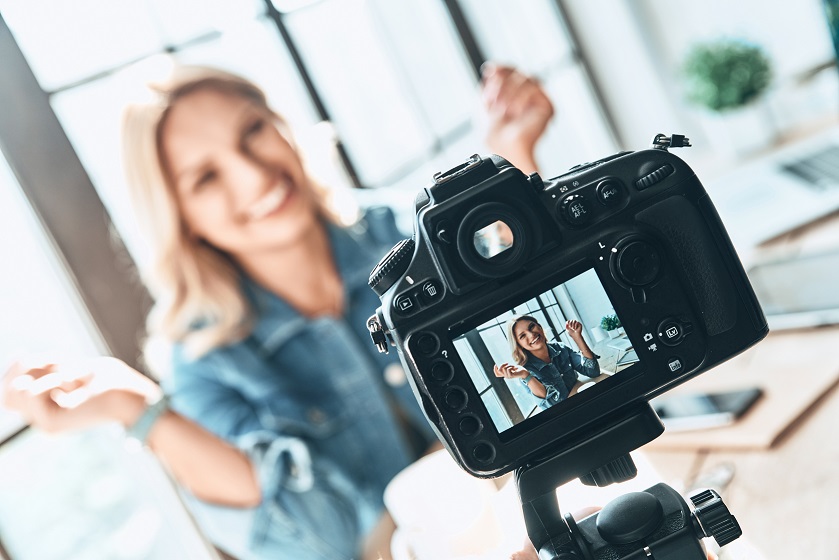 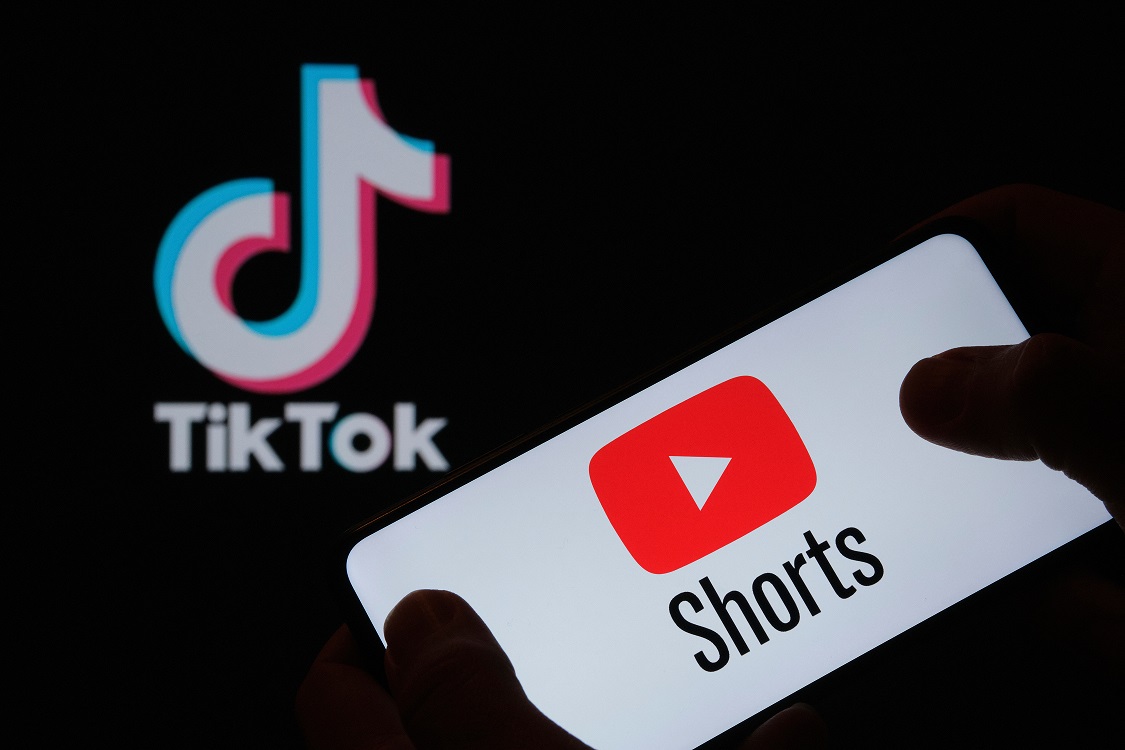